Have your clothes taken too long inside your dryer? That’s more than just an inconvenience, it’s a drain on money and a potential fire hazard. This can come from any number of possible causes, but a major one is that your dryer’s vent duct may be too long!

Dryer exhaust vents typically run around 25 feet long, which a typical residential dryer can handle, but not all houses or apartments are so lucky to get 25 feet or shorter. To make matters worse, a long exhaust vent can cause a lot of problems for both your dryer performance and the building itself.

This is where a dryer booster fan comes in. With just a little bit of DIY work, you can get rid of this problem. In this article, we’re going to take you through what a dryer booster fan is, what it does, and why we recommend installing one in case you have a very long dryer exhaust vent.

All the hot air and lint from a dryer’s operation has to go somewhere, which is why most dryer models need a vent duct to carry them away. Generally speaking, an airflow of 100 cubic feet per minute (CFM) is needed to kick lint and exhaust out of a typical dryer vent. Your typical residential dryer outputs 160 CFM of airflow, so in most cases, there’s enough force coming from the dryer itself for lint and exhaust to clear the entire run.

The problem comes if you have an exhaust vent longer than 25 meters, or one with a lot of bends in its path. An exhaust run that’s too long or with too many bends will reduce airflow, especially as it gets further away from the dryer. This means lint won’t exit the vent but instead build up inside. Lint buildup within your dryer vent will create a blockage that reduces airflow, leading to reduced performance, longer drying times, greater usage of electricity, and a potential fire hazard.

A dryer booster fan solves this problem by increasing the airflow in the duct, thus carrying away lint through the entire length of the duct. The booster fan is mounted onto the duct, sometimes in-line, sometimes offset. It’s also equipped with a sensor that turns it on when the dryer is running, saving you the trouble of having to manually turn it on before you start your dryer cycle.

Of course, not all dryer booster fans are made equal. You might have only one or two dryers at home, but a laundromat has a lot more, and sometimes they’re not placed conveniently enough for a duct to carry away all the lint and exhaust without a booster fan. Or the building may have a vent run that serves multiple laundry rooms across multiple floors. There are two general types of dryer booster fans, and to compare the two types, we’ll look at a representative example from each.

The FanTech DBF 110 is a residential dryer booster fan. It fits in-line into a section of 4” duct and provides airflow of up to 188 CFM. This much extra airflow lets it handle duct lengths out to 120 feet (36.57 meters) or equivalent. It’s an excellent choice for ju st about any laundry room and is capable of handling most typical dryers. It weighs 9 pounds.

The Tjernlund CDB8 is a commercial dryer booster fan. It fits into a section of 8” duct, either as a 90-degree elbow or in-line with an added kit from the manufacturer. It can accommodate up to four laundromat-capacity dryers with a combined airflow of 1,000 CFM. The unit weighs 25.5 pounds.

Commercial dryer vent fans have to deal with larger, multi-story buildings or multiple dryer units, which may themselves output more lint and exhaust than your typical residential dryer. A commercial dryer vent fan supplies more power and more airflow, thus permitting proper venting of a laundromat or large building. Also, since larger dryers produce more exhaust, a laundromat tends to have a larger duct diameter, and commercial fans are made for those wider ducts.

To Summarize, Here’s a Table Comparing The Two Types

Installation is simple enough. There are two main challenges before you can get to putting in the fan itself. The first is in accessing your dryer vent run. How difficult this is will depend on your house’s setup and how your duct is installed. Try and get to as much of the duct as you can reach so that you have room for options.

That first challenge affects the second, which is how far down your vent should you install your dryer booster fan. There’s no real correct answer here beyond ‘not too close’. Refer to your specific dryer booster fan’s installation manual to check what the manufacturer recommends for their model.

And that’s it. It’s a bit of hard work, depending on just how difficult it is to get to your exhaust duct, but there’s nothing complicated. The booster fan itself doesn’t need any fiddling after it’s plugged in, because it’s already set up for you.

Of course, there are a few other concerns. The biggest one is that you may need to run a power line and an outlet near the booster fan, because that plug needs somewhere to go and your existing sockets may be out of reach. That’s simple enough, though it’s a bit of added work. Also, consider how you’ll access the booster fan for maintenance purposes.

Do I Need A Lint Trap?

A larger concern worthy of its own section is whether or not you’ll need a lint trap. It may be inconvenient to install your dryer booster fan some distance down the vent run, and it may be that the best place to install it is close to your dryer. This is not a problem as long as you also install a lint trap.

Lint is still wet when it exits the dryer but usually dries out enough by the time it’s traveled down the dryer vent. If your dryer booster fan is far enough from the back of the dryer, then the lint will be dry enough that it won’t stick to the booster fan and cause a problem. But if you have to install your booster fan closer, then the lint will still be wet enough to stick and thus clog up your fan. Generally speaking, a dryer booster fan that’s closer than 15 feet (4.57 meters), not counting bends, is too close and needs a lint trap. Some models may also specify how close you should install them to your dryer based on whether or not you have a lint trap, so check the manual to be sure.

Some questions come up a lot when we start talking about dryer vents and booster fans, so we’ve compiled them here for easy reference.

Even if you have to run your dryer vent duct a bit further than necessary, there’s still a solution to that. Lint buildup and longer drying cycles won’t be a problem with the right dryer booster fan installed. All you need to do is run a power line and do some work with tin shears and a screwdriver, and your lint and inefficiency troubles will be a thing of the past.

Maintenance is a lot easier, and the fire hazard of lint buildup will be gone when you install a dryer booster fan. If you’ve got an 80-foot dryer vent out of your apartment’s laundry room, the FanTech DBF 110 will serve you well. If you need to vent the laundromat you’ve just set up, then the Tjernlund CDB8 has the airflow you need. That long dryer vent run isn’t such a big problem when you’ve got your fan in place. 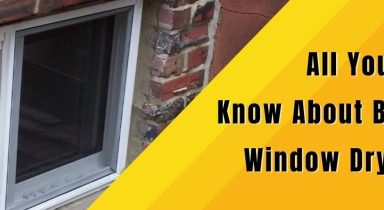 All You Need to Know About Basement Window Dryer Vent 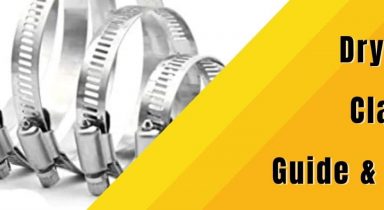